I guess you still remember the story of two friends and a bear where one leaves his friend in danger and climbs on a tree out of fear and the other acts like a dead person to save his life.

Well, my intention is not to remind you of the story or the moral, rather give you enough wisdom so that you know how to repel bears in case you discover yourself in such a real-life scenario!

There are certain smells that repel bears and once you know how to apply them, you might be able to save yourself if you happen to meet one, while camping or hiking outdoor in a bear prone area. 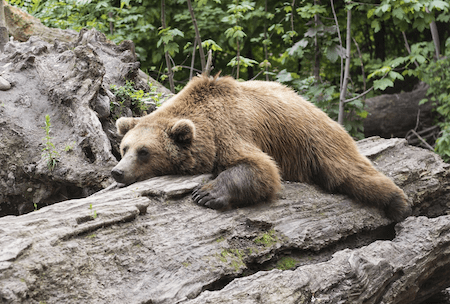 Before we get to know the smells that keep the bears away, it would be better to know about the things that attract bears first, so you never take a risk of inviting them unknowingly in the very first place.

You know it well, prevention is better than cure.

Bears are fond of berries and they get easily attracted by it’s smell. If you don’t want bears to visit your place, either select your campsite where there is no berry plant or don’t plant berry trees if you live in bear prone areas.

Bears love to bee larvae as they get protein from it. While eating bee larvae, honey is obviously a bonus for them to have. If you want to keep bears away from your place, then make sure you put an electric fence around the bee-hives of your yard.

Odors can simply send a message to the bears around that you are staying in their neighborhood.

If you don’t have bear-proof bins, then don’t store your garbage outside, especially fish and meat waste. You better store trash in a locked place until they are picked up.

When it comes to fish and meat waste, it’s more preferable to freeze them and minimize the odor, before you finally put them in the trash can for picking up.

As an omnivorous animal, bears eat both plants and meat. If you leave seeds for birds in the yard, then that might work as a turn on for bears to visit your place.

If you have bird feeders in your yard, then try to place them high enough, out of the reach of bears. Somehow, if you encounter a bear, avoid putting seeds at least for a month.

The smell of your BBQ meat can attract the bears to have some share of the food. So, make sure you clean your BBQ and apply some apple cider vinegar as a deterrent for bears.

Don’t forget to empty the grease as well.

Bears have a pretty good attraction for ripened fruits and also fallen ones. If you don’t harvest such fruits on a regular basis, then it works like a welcoming smell for bears.

Make sure you put an electric fence around if you want to keep your orchard feeding you.

If you are using compost for gardening or any other purpose, remember one thing- never throw fish and meat waste in the compost mix. Don’t even leave any kind of rotten food waste in your backyard as well.

Bears find citronella-based products pretty attractive and they might attack you if you have such items spreading the smell. So, you better use other fragrance based products that don’t have a citronella kind of smell.

Due to their attraction for the smell of formic acid, bears often attack ant colonies, refrigerator insulation, warm tub covers, cycle seats, etc. So, you better take care of things as they are not always replaceable.

As you got to know about the attractants from this list, now it’s your job to remove all these from your hiking place or house to save yourself from probable attacks from bears.

Some countries and specific areas are well known for having bears. But, that doesn’t stop camping and hiking enthusiasts from playing ‘man vs wild’ games in those places.

Discovering a big black bear just beside your camping area isn’t a pleasant experience to have. To avoid such a scary probable scenario in those places, the very thing you need is bear repellent.

If you want to repel bears, then there are several deterrents you can try such as- electronic deterrents, radios, and scent deterrents. But among all these methods, smell deterrents are most effective.

You may ask, why?

Well, bears have an acute sense of smell, and smell repellents are comparatively safer than other deterrents, as bears won’t be coming closer to even face other repellents, once you use them. 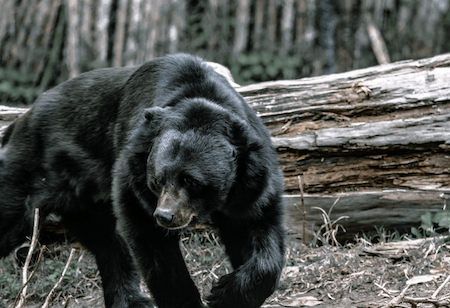 They will leave without even bothering you as they hate those smells.

A bear’s sense of smell is almost 2000 times sharper than humans, that’s why repelling them with the right smell works best.

The fumes of ammonia or bleach are not even a pleasant smell for us humans and thus you can assume how harsh it is for bears.

Ammonia or bleach fume based deterrents are effective enough to repel bears as they hate these smells so much.

You can use this deterrent for trash bins and on other things that spread attractive smells to bears.

But remember one thing, never make a mixture of these two, as their combination can be deadly for both bears and humans.

Bears have enmity with pine associated scents. So, if you use any kinds of essential oil or cleaner made of pine, then bears will hate to come closer.

Pine-sol is well known for having pine oil in its ingredient list, so it can work as a perfect bear repellent.

If you are heading towards a bear prone hiking area, it’s better to take a sprayer bottle full of pine oil or pine sol.

You can spray it on your backpack to have that pine fragrance around you. And, if you are using pine sol, mix it with a cup of water to make the smell mildly strong.

The smell of apple cider vinegar works as a great repellent for bears. If you soak clothes into this vinegar and hang it on doors, windows, or around your campsite, then bears won’t like to visit you due to the hatred against apple cider vinegar.

You can also use a diluted form of this vinegar with water into a squirt gun and spray directly on the bear if somehow it reaches your place.

Lysol is basically used to clean your floors and to make them germs free. But, there is another great usage of Lysol and that is repelling bears with it.

Bears are not fond of the smell of Lysol and they won’t be roaming around your place if there is a Lysol aroma that hits the smell sense of bears.

However, bears have a tendency to get used to the same smell deterrent, if you keep using a specific one over and over again.

So, it’s better to change your smell repellent from time to time.

Other Form of Deterrents

Though scent-based deterrents are the most effective methods to repel bears, there is still some other form of repellents that you can try as your secondary weapon.

Bear pepper spray can be your magic wand to repel bears when you almost get attacked by one. There are several pepper spray deterrents available in the market from which you can pick your one.

They basically create a foggy cloud between you and the bear right the moment you spray them. The smell of pepper makes them irritated to run away from that place where it’s applied.

You can make your own pepper spray at home just by mixing white, black, and cayenne peppers together.

If you suddenly discover a big black bear right in front of you, then making high pitch noise might help you out in this case.

The sound of air horns, rattles, firecrackers, or even portable sirens can get the job done for you. The sound of a rattlesnake can be a great deterrent if you throw it near the bear.

So, without being scared of the bear’s sudden arrival, just try to blow these whistles whatever is available right that moment in front of you.

It’s better to be equipped with such bear repelling necessary whistles.

If you don’t have a dog with you, technology is there to fill the gap. You can use a radar activated alarm of barking dogs which is an electronic watchdog.

Another effective way to repel bears can be the use of electronic mats. If you place this mat in front of your door or the entrance point, then bears will be having painful shock once they step onto it.

Well, throwing something to the enemy or any approaching danger has always been a traditional way to save the self.

Throwing stone, beach balls, or any other sturdy object can make the bear run away.

But, if you apply this throwing technique, make sure your aiming ability is accurate enough, otherwise, it won’t be an effective one.

Try to avoid throwing something on the face of the bear, try your best not to hurt this wildlife member.

You never know specifically when a bear will attack you. So, it’s better to know about all forms of deterrents to save yourself from being a victim.

You can also use nozzles with high power through which you can spray high-speed water to the bear, in case it arrives the moment you are watering or using the hose for some reason.

Believe it or not, a human voice is something that makes a bear stay away from your area sometimes.

So, tuning to a radio talk show might work as a repellent if you leave your place for a while. You can use talk shows for this very purpose and set it to a continuous repeat mode for a consistent result.

Throwing a bright shiny flashlight can also work as a repellent as bears might get scared at this. You can use motion sensor lights or marine flare to get the job done.

Not only bears but also every other dangerous animal finds high pitch noises irritating.

So, it’s always a good idea to make noises through an alarm, own voice, pot banging, and so on.

If you happen to live in bear country, then it’s not a momentary problem to face bear attacks. You need to be aware all the time and take all sorts of necessary steps to be safe and sound.

One of the most important actions you can take in this case is using an electric fence around your place.

To be more specific, putting an electric fence around your garden, orchard, bee-hives, compost, and chicken coop is exactly what you need to do when you live as a neighbor of bears.

Many of us think bears are not as dangerous as other carnival animals. But, they are not that innocent too, especially when they are in aggressive mode.

A big giant bear can create severe problems and can even cause fatal injuries if you don’t take proper necessary actions.

This whole article was a compilation of things that bears get attracted to and even the effective smells that repel bears along with other forms of deterrents to ensure you are prepared from every angle to enjoy your outdoor journey.