Many beginner hunters and target shooters may not be aware of the importance of a good rifle scope. The fact of the matter is that the chances of hitting the target will largely depend on the scope used, not the gun.

When you have quality standard scopes, you can hit a target from a very far distance with high accuracy even if you are using a low standard gun. The opposite is true if you have a good gun but bad scope, your accuracy levels will be low.

So, how do rifle scope works?

First, let us discuss what a rifle scope is.

What is a Rifle Scope?

As it is commonly referred to a rifle scope is the telescopic view of a rifle. Based on how a telescope works by refracting light, the riflescope is a device that works in the same way to magnify a target that is far away to give the shooter good focus and a clear shot.

The elements found in a rifle scope are coated. This ensures that light is transmitted evenly, without any internal losses, and the shooter gets to see an image that is sharp and clear.

There are many different types of rifle scopes. Different shooters will choose different scopes depending on a number of factors. This includes the types of shooting one wants to engage in, the size of the target, the prevailing climatic conditions, as well as many other factors.

An important thing to note is that one scope does not have to work with two different rifles. In such cases, the shooter would have to change the scope’s settings.

How Do Rifle Scopes Work?

The understanding of how rifle scopes work would help in making one a better shooter. How then do they work? A rifle scope has many different controls, all with different functions.

To answer this question better, it would be best to look at the different parts of a rifle and how each of these parts work.

Lenses are one of the most important parts of a rifle scope. The riflescope has two types of lenses all with different roles. This has been discussed below.

The objective lens refers to the large lens found on the scope. It is located at the front part of the scope.  Its main job is to capture light and transmit it directly to the ocular lens.

When light is passing through this lens, it first has to be sent to the erector lens. When this happens, the image being viewed will be flipped. The magnifying lens will do its job and magnify the image. After this has happened, the light is then transmitted to the ocular lens.

This is the lens that is located at the rear end of the scope. It is usually smaller in size than the objective lens. Its main function is to bring the image into a small visible picture for the shooter.

The part of the scope that contains the ocular lens is referred to as the eyepiece.

The reticle of a rifle scope is also referred to as a crosshair. The main purpose of the reticle is to help the shooter to know the exact point to shoot. In other words, it helps the shooter get a clear shot of whatever is being shot. There are different types of reticles, all of which have been made to achieve a specific task.

What are some of the types of reticles available?

Let’s look at some of the most important below:

Let’s look at this individually.

We have a different post explaining FFP vs SFP.

This is another feature that helps a rifle scope fulfill its purpose. Different scopes come with different magnifications. For example, a scope may be such that it allows a magnification of 3x to 9x.

What this means that the magnification component of the scope will allow you to view distant images larger than they are. In this case, they will be 3 times larger than the image you would see without using the scope.

An important thing to note is that most scopes come with a feature known as a power ring. When this feature is turned on, the magnification settings of the scope will change.

Most rifle scope manufacturers have certain settings to achieve the desired target distance. For example, if the scope setting is 100m, then the shooter should get a clear image of a target that is 100m away.

However, changing the magnification settings may lead to a situation referred to as a parallax error. Parallax refers to a situation whereby the item being targeted changes when the shooter changes his eye position.

In simple terms, the view of the target becomes blurred as a result of the shooter’s change in position, but the gun remains intact.

Parallax is mostly encountered when the magnification used is high. This isn’t a big problem for most hunters as their target range is usually small; requiring low magnification. Still, many scope manufacturers have introduced an adjustable lens in their scope that has the ability to correct parallax problems.

As you have already realized, rifle scopes have many controls all of which have a specific function. Among these controls are the windage and elevation controls that allow the shooter to ensure the proper alignment between the gun and the scope. This is necessary in order to get a clear shot.

The windage adjustment helps to adjust the horizontal settings whereas the elevation settings help to adjust for the vertical settings.

Other Features and How They Work

Apart from the different parts of a rifle scope, there are other important features that help the scope fulfill its purpose. These are discussed below.

It does not matter what kind of a shooter you are, the quality of the rifle scope you use will largely dictate the success of your shooting venture. It is for this reason that you should be more mindful about the quality of your scope more than the quality of your rifle. There is no need to have an expensive scope. A good scope can cost you less than $100.

Additionally, better shooting outcomes are only guaranteed if you use your scope well. This article has shared various parts of a rifle scope and discussed how they work. The understanding of how scopes work will go a long way in making you a better shooter. 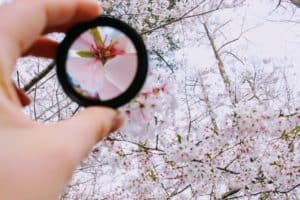 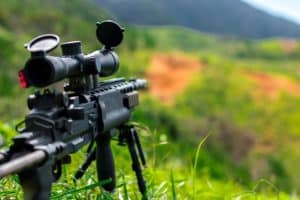 How to Repair a Rifle Scope? 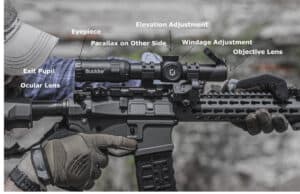 What Is A Rifle Scope Objective Diameter – How To Choose? 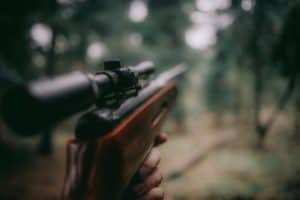 9 Tips to Improve Your Accuracy with a Rifle Scope 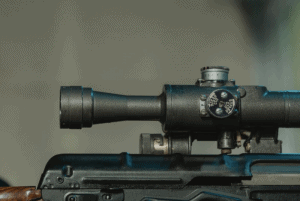 Why is My Rifle Scope Blurry?